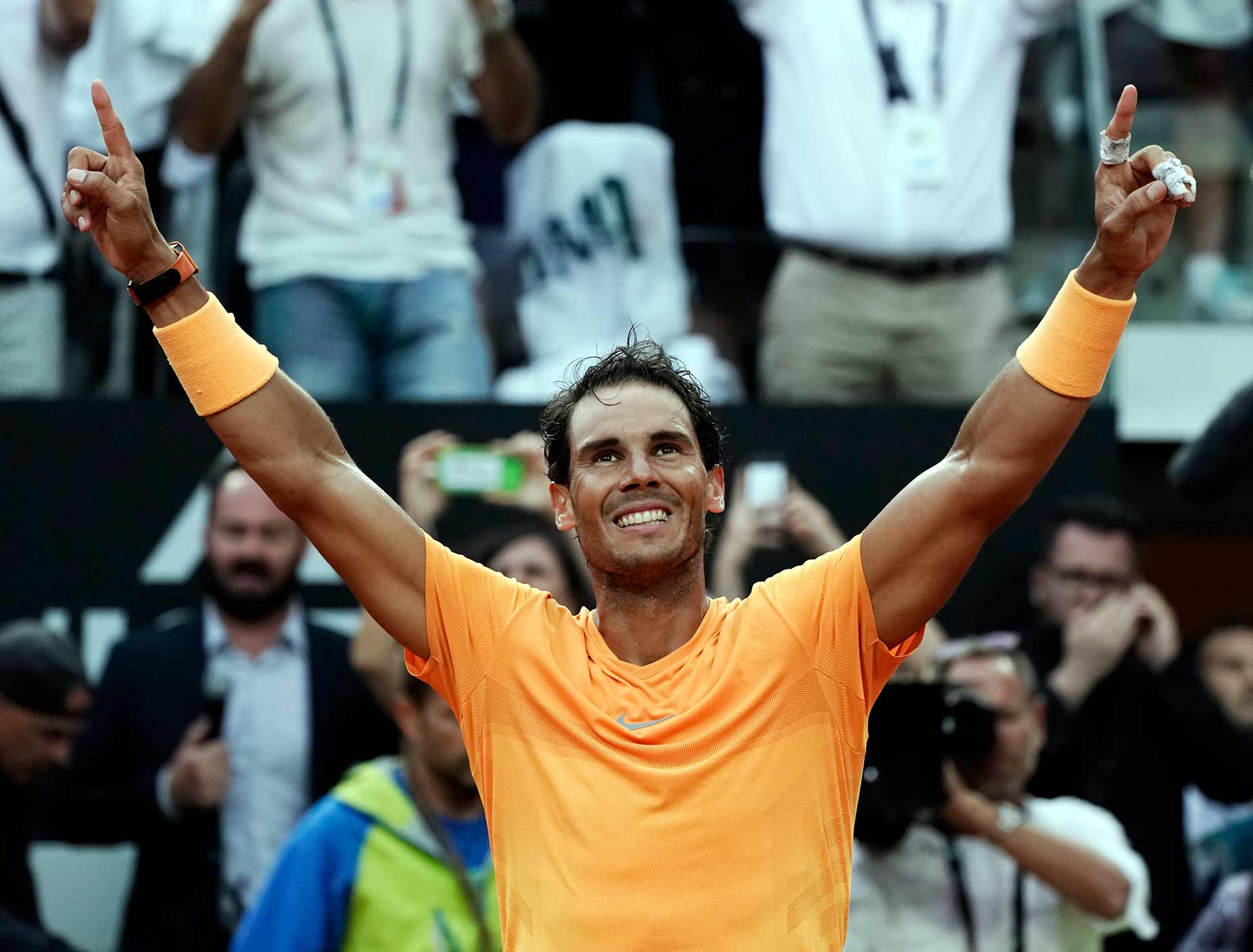 The season has come to a close on an ATP Tour that produced plenty of feats and records, and in which as many as 13 players claimed their first titles.

It's not easy to achieve so much with so little. That's the lesson we can learn from a season that saw Rafael Nadal at the top of the ATP ranking for 36 weeks in 2018, a year in which Roger Federer and Novak Djokovic also occupied the number one spot. In fact, the Spaniard only played in nine tournaments in the whole season, from which he gained enough points to finish as the world number two, the player with the most titles and a long list of new records, including surpassing 900 career victories.

An untimely injury in the quarters of the Australian Open against Marin Cilic on his return to competition did not stop him from achieving plenty of success. The first came upon his return to the tour in Monte Carlo. There he lifted his eleventh crown, a feat he repeated in Barcelona and also at the French Open, making him the first player in history to not only win the same tournament eleven times, but also to do it at three different venues. He also racked up two ATP Masters 1000 in Rome and Toronto to become the player with the most titles in the category, with 33, ahead of Djokovic (32) and Federer (27).

Nadal's five crowns were followed by four for Djokovic, Federer and Alexander Zverev. The German became the youngest Nitto ATP Finals champion since 2008 and proved that he is one of the young guns destined to take the baton from the Big 3, who today continue to dominate the ATP Tour. The Swiss, with eight weeks as the No. 1, and the Serb with the same haul, took turns at the peak of the rankings with Nadal, although it would be Djokovic who would finish looking down on the rest, the fifth time he has done so, leaving him one behind Pete Sampras' record (6).

However, 2018 will not only be remembered for Nadal's incredible records at Roland Garros, the Australian Open also bore witness to a big milestone. Federer claimed his 20th Grand Slam crown there, putting him three ahead of the Spaniard (17) who follows him in second position. Also, at 36 years and 173 days old, the Basel native became the third man in the Open Era to win four or more Grand Slams in his thirties, after Rod Laver (4) and Ken Rosewall (4).

For his part, Djokovic took care of the final two Grand Slams of the year, Wimbledon after a frenetic semi-final against Nadal, where he won the fifth set 10-8, and the US Open, which he dominated to gain his 14th title in the category, equalling Sampras in third place of the all-time ranking. Argentinian player Juan Martín del Potro was back in the mix in a Grand Slam in New York and reached his highest ever ranking at number 3 in the world.

However, it was the USA who finished with the most representatives in the Top 100 of the ATP Ranking. Headed by John Isner, the remaining US players in the world elite were Steve Johnson, Frances Tiafoe, Taylor Fritz, Sam Querrey, Tennys Sandgren, Ryan Harrison, Denis Kudla, Bradley Klahn, Mackenzie McDonald and Reilly Opelka. Spain lie in second position with ten players, while France have a total of nine.

The 20-year-old Greek player also became the youngest champion of the season. He won the Next Gen ATP Finals, the tournament held in Milan for the best under-21 players on tour, which also included Jaume Munar, a player from the Rafa Nadal Academy by Movistar. The result means that Tsitsipas leads the next generation at number 15 in the world. He is accompanied in the world's top 30 by Denis Shapovalov (19 years old) and Alex de Minaur (19 years old).

All of these stats made for another historic year in 2018.