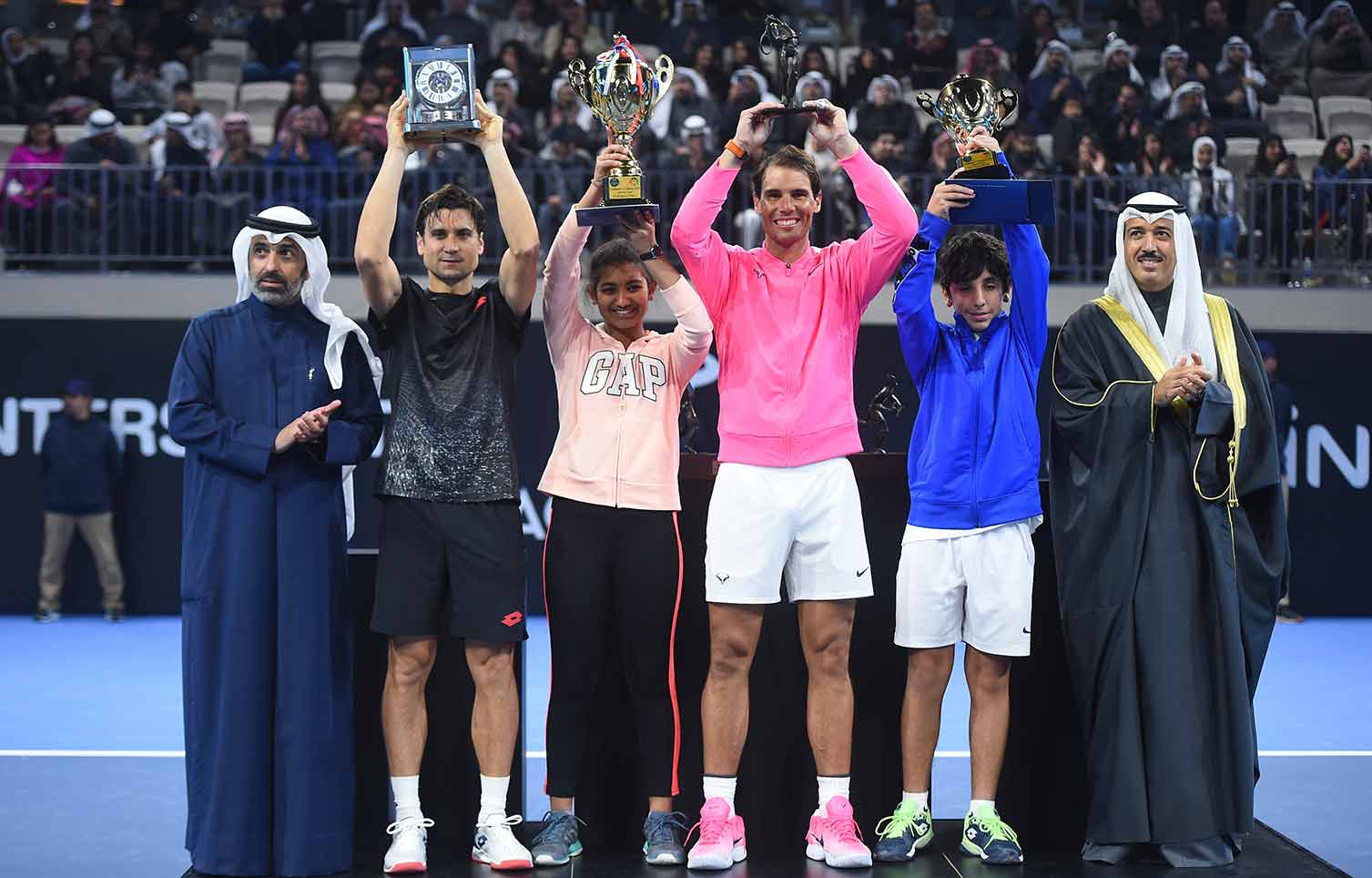 The Spaniard is taking his methodology to the Middle East.

The Rafa Nadal Academy Kuwait is now a reality. The facilities were inaugurated on Wednesday with an exhibition match between Rafa Nadal himself and David Ferrer. More than 1,500 people enjoyed one of the greatest sporting events in the country’s history, which Rafa won 6-4, 6-3.

As maintained by Rafa during his two-day stay in the country, the second Rafa Nadal Academy’s goal is to become a leading tennis centre in the Middle East and to support the Kuwait tennis federation in the development of a programme that drives the sport with a formative project led by ex-player and the Academy’s head coach Nuno Márquez and by the Rafa Nadal Academy by Movistar team of coaches in Kuwait.

“Although we opened two Rafa Nadal Tennis Centres in Mexico and Greece last year, this is the first academy we have opened outside of Manacor. It is a project that I am excited about and truly motivated by, as this is a region of the world that has potential for us to help grow the culture of tennis. We believe that from the academy we can help not only young talent here in Kuwait, but in the whole of the Middle East”, underlined the Spaniard.

“We have a great coaching team, the facilities are spectacular and we are working with Tamdeen, who have exceptional staff. Like in Mallorca, we’ll try to promote respect, determination and perseverance in the students. Although I would love great champions to come from here, the principal and most important thing is that they grow with strong values that help them in sport, but also in the future and in the development of their personal and professional life”, said Rafa himself.

For the last 48 hours, Rafa has had the opportunity to visit the Academy facilities, which include 8 indoor courts, 8 outdoor courts, the 1500-seat open-air stadium in which he played David Ferrer and a covered multi-use pavilion with the capacity to house 5,000 spectators.

The world number one’s first coaching project came in 2016 with the inauguration of the Rafa Nadal Academy in Manacor, his native city. International expansion came in 2019 with the creation of the “Rafa Nadal Tennis Centre” complexes at the Hotel Grand Palladium Costa Mujeres (Mexico) and the Sani Resort (Greece). Now, in 2020, this exciting project continues to grow with the opening of the second Academy in the world in Kuwait, a project that has been developed alongside the Tamdeen group.