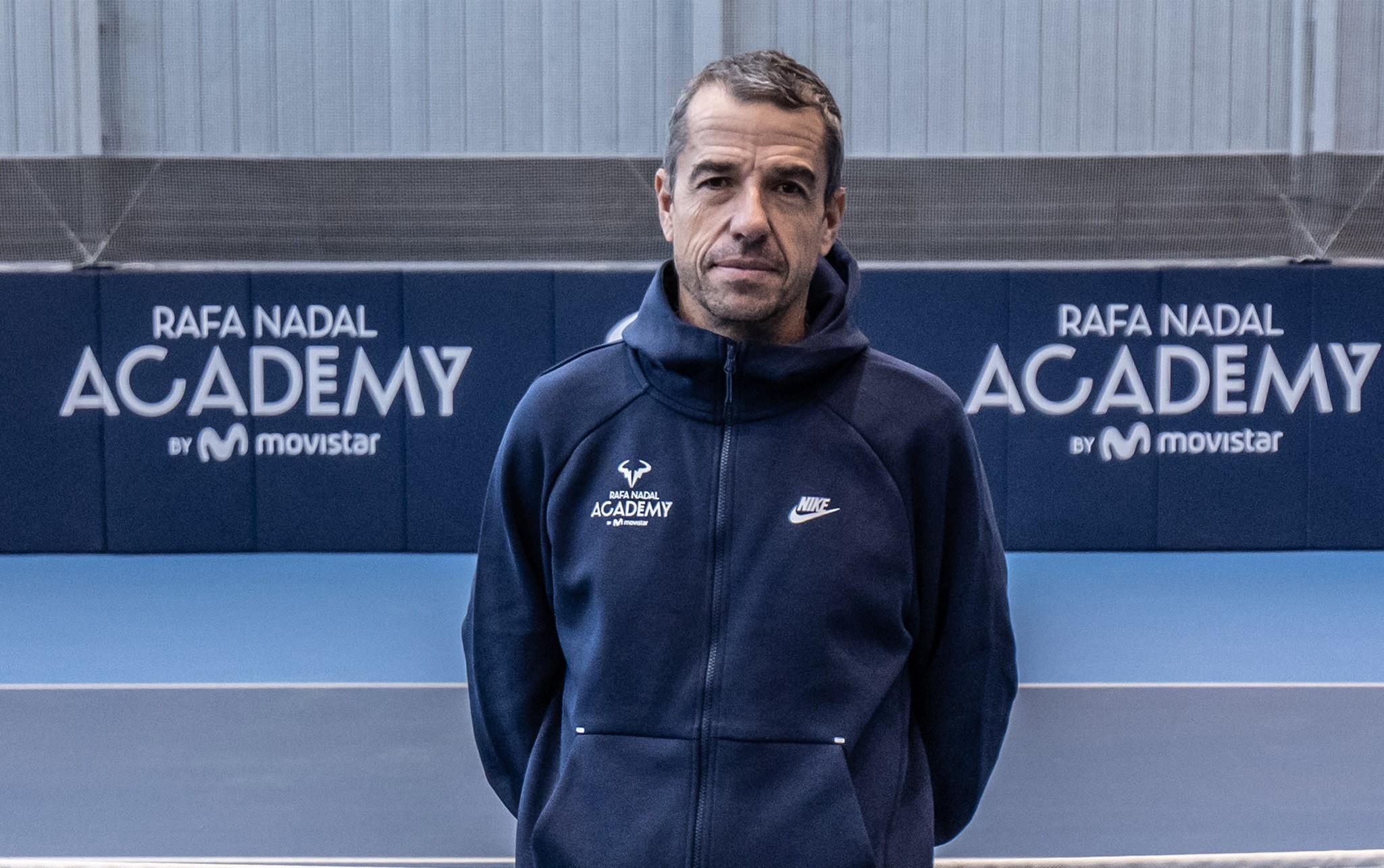 After an impressive 30 years of experience on the professional tour, José Manuel ‘Pepo’ Clavet has joined the Rafa Nadal Academy by Movistar as a new coach. He is now a member of the teaching staff that works to train the young talent of world tennis. Pepo has already joined the team that looks after Jaume Munar’s career, together with his coach for the last two years Tomeu Salvà. The two of them will be responsible for accompanying on tour the player who has reached no. 52 in the ATP Ranking this season and is now working intensely on his preparations for next year.

“Joining the Academy is a new experience for me. I hope to be able to contribute to this great group of coaches and staff at the Rafa Nadal Academy by Movistar, whom I have known for a long time. I am very excited and very happy”, explained a man who last November was working as Feliciano López’s coach.

Pepo Clavet arrives in Mallorca excited about a new stage of his career, which has already begun. “Fundamentally, I’m going to work with Munar. He is a 22-year-old kid, whom I hope to be able to help with my experience on tour. I am very excited for him to have a good season”, he noted.

Besides Feliciano López, plenty of elite players have been under the watchful eye of Pepo Clavet throughout his career, both on the men’s and women’s tour. Noteworthy names include another Rafa Nadal Academy by Movistar coach, Carlos Moyà as well as Carlos Costa, Sergi Bruguera, Tommy Robredo, Álex Corretjà, Juan Mónaco, Guillermo García López and his brother Francisco Clavet.

As from 2020, Pedro Clar, who until last year had shared the management of Jaume Munar’s career with Tomeu Salvà, will be focusing his work on the Norwegian Casper Ruud, who currently occupies No. 54 in the ATP Ranking and is at the Rafa Nadal Academy preparing for his debut at the ATP Cup, where he will be leading his country.