Don´t miss out on a place! 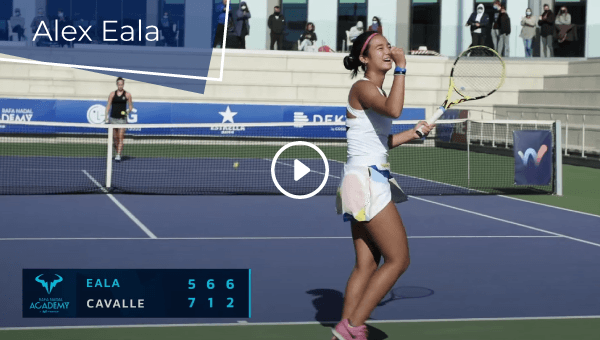 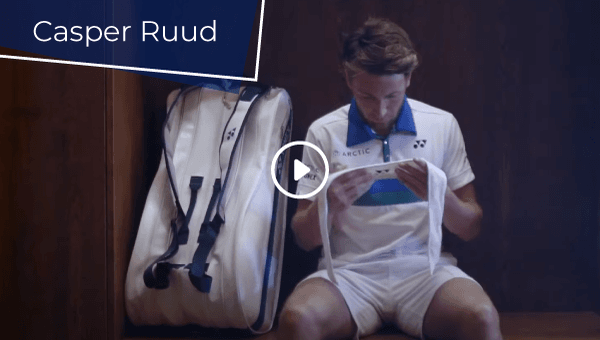 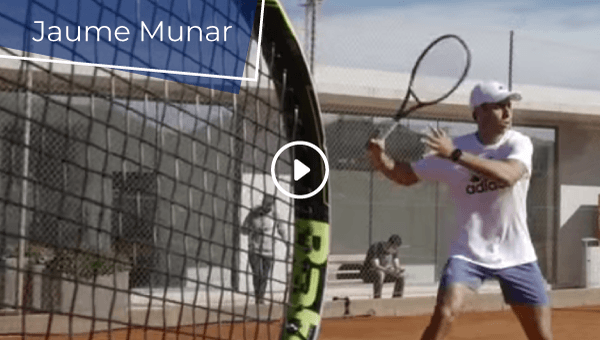 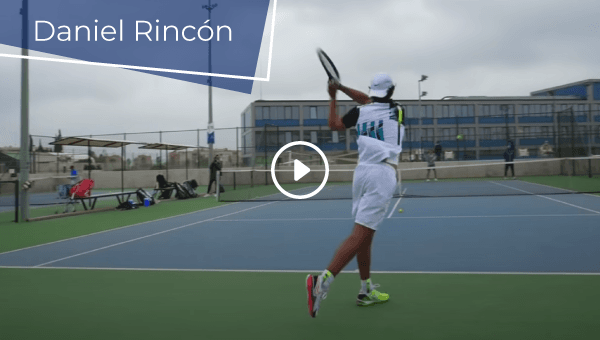 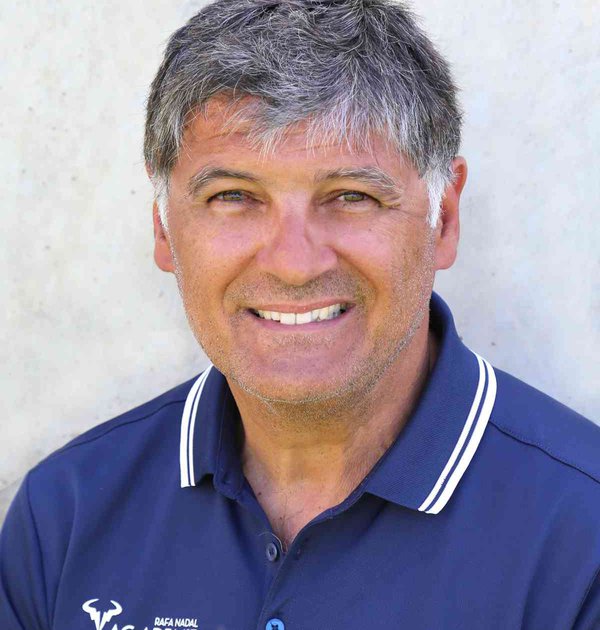 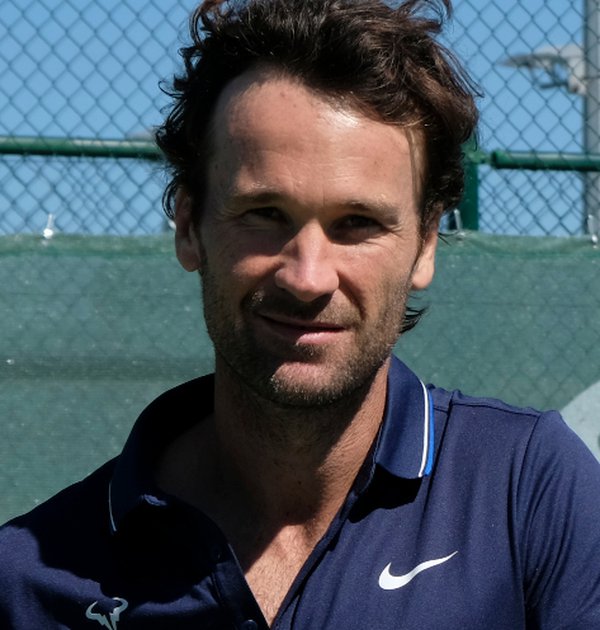 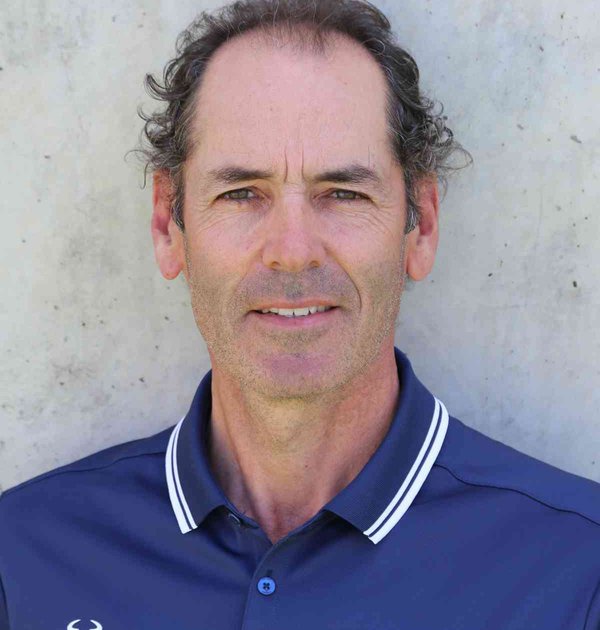 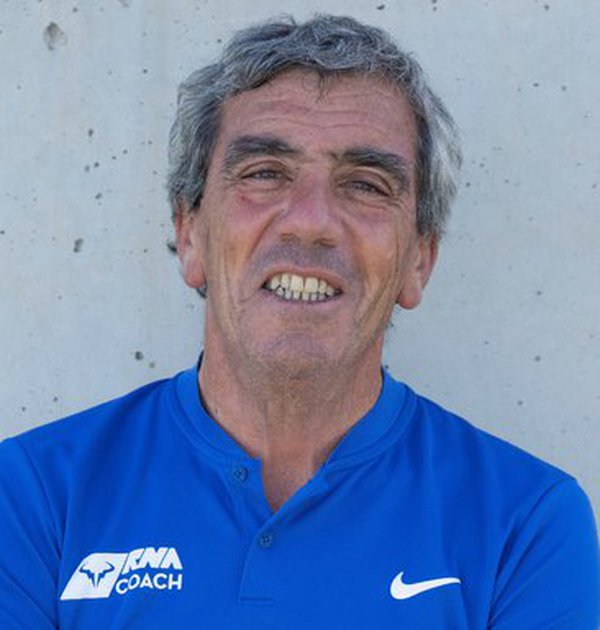 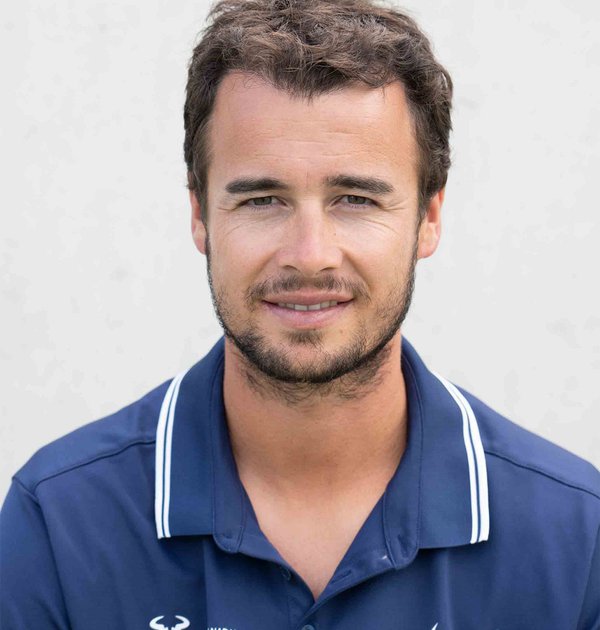 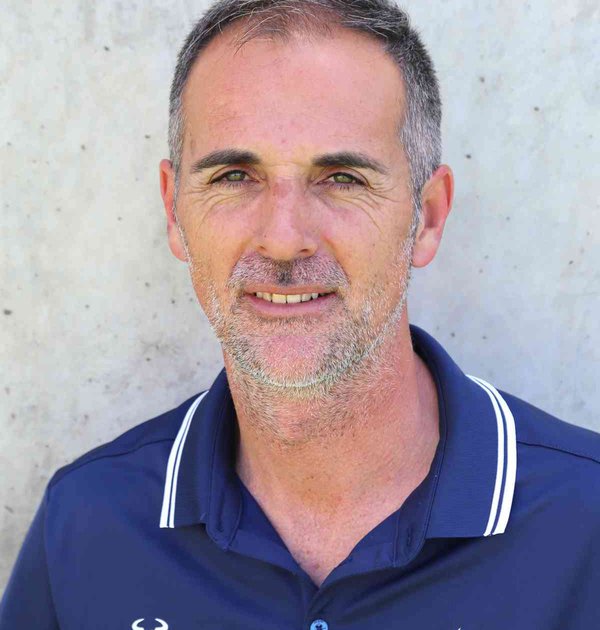 Work hard, have fun and make it happen

This quote from Rafa Nadal symbolises the DNA of the Rafa Nadal Academy by Movistar which, thanks to a demanding tennis training programme and an American academic system, coaches the young players in the values, virtues and aptitudes of Rafa himself. If you want to improve your tennis and continue your studies, this is your Academy!

The people that excel in life are those that persevere

Come and enjoy our facilities! 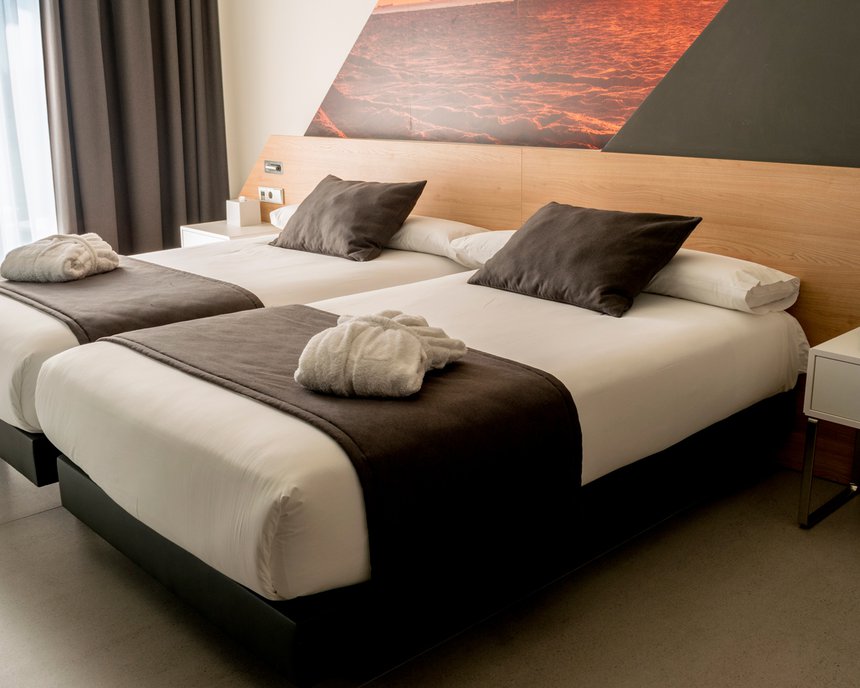 Come and enjoy our facilities!

As well as having the modern and comfortable residency at the Rafa Nadal Academy by Movistar for junior players, the complex boasts a tourist sports centre with ideal accommodation. 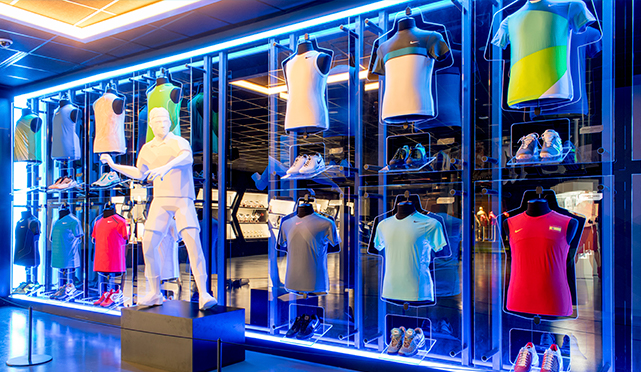 The RAFA NADAL MUSEUM XPERIENCE is more than just a museum. Along the 1.500 m2, you will have fun and compete with your friends, while you learn the values of sport.More info 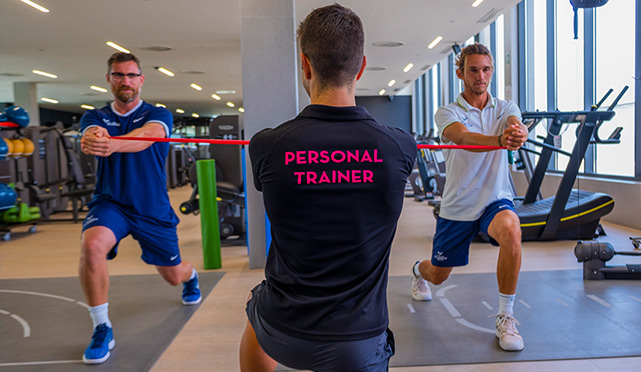 All clients of the Rafa Nadal Sports Center will enjoy a 3000m2 fitness center with the newest Technogym machinery and a wide variety of directed activities, all that in addition to a semi-Olympic pool and a kids pool where they will be able to practice diverse aquafitness activities.More info
All POSTS

Don´t miss all the latest news from
#RafaNadalAcademy

Dani Rincón triumphs at the Rafa Nadal Academy by Movistar

Spanish player Dani Rincón was the undisputed star of a January in which the ITF World Tennis Tour held its first three men’s tournaments on Spanish soil.

The three international tournaments held at the Rafa Nadal Academy by Movistar produced three Spanish winners in as many weeks, in Dani Rincón (twice) and Álvaro López San Martín.

Sunday’s final saw Dani Rincón, champion of the 2021 Junior US OPEN, beat his friend and training partner Abdullah Shelbayh, with whom he reached the final of Wimbledon Junior in doubles and whom he has faced in 3 finals on the professional tour. To claim the title, the Avila native had to fend off a match point in a close encounter that ended 7-6 (0), 3-6, 7-6 (9). The result means Daniel Rincón has started 2023 with two ITF World Tennis Tour titles and 14 wins from 15 matches played. With these two titles from Manacor, Dani now has 4 ITF crowns under his belt after opening his account last year in Alkmaar and The Hague.

Another of the big names at the ITF by LG tournament held last week is that of Martín Landaluce. The recent Junior US Open champion, who was playing in his first ITF event, not only picked up his first win on the tour, he also managed to reach the semi-finals, where he bowed out to Dani Rincón. These wins were enough to earn him his first ATP points before heading to the Challenger event in Tenerife.

In the coming weeks, the Rafa Nadal Academy by Movistar will be hosting more international tournaments, with two ITF Junior and three women’s ITF World Tour events, where the young guns of world tennis will be plying their trade and the Spanish Armada will have another great opportunity to once again prove their mettle at home.

Calendar of ITF tournaments at the Rafa Nadal Academy by Movistar

During this time, the players will also be able to make use of the renovated facilities at the Academy, and those staying there will be able to have breakfast, lunch and dinner at the Roland Garros restaurant. Fans coming to Manacor will be able to enjoy the new RNA Club House gastronomy zone while they watch the matches. 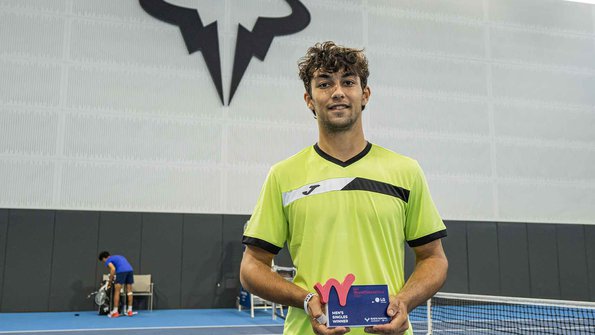 Martín Landaluce, star of the ITF tournaments at the Rafa Nadal Academy by Movistar

The Rafa Nadal Academy by Movistar will host the as many as 9 International Tennis Federation (ITF) tournaments over the next two and a half months, once again making it a leading venue on the European and global stages.

From 9 to 29 January, the Academy will host 3 men’s tournaments on the ITF WORLD TENNIS TOUR, where the biggest attraction will be Martín Landaluce. The Rafa Nadal Academy by Movistar player, who was crowned Junior US Open champion last summer, will attempt to claim victory in Manacor, at an event where some of today’s biggest names have triumphed in the past, such as Carlos Alcaraz (double champion in 2020) and Holger Rune (finalist in 2021). Martín, who had his preseason at the Academy with his coaches Óscar Burrieza and Gustavo Marcaccio, has had the chance to train with Rafa himself on numerous occasions in preparation for 2023, when he will be turning professional after reaching number 2 in the world junior rankings. Also trying to make their mark on these events will be Dani Rincón, who after winning the Junior US Open in 2021, won the first two ITF titles of his career in 2022.

From 30 January to 12 February, it will be the turn of the young guns of world tennis to appear in Manacor for the two ITF Junior tournaments, which will precede 3 professional women’s ITF WORLD TENNIS TOUR tournaments that are going to include some of the leading Spanish women.

However, this festival of tennis will get underway between 1 and 8 January 2023 with the ITF WORLD MASTERS TOUR, where international players from 30 to 90 years of age will begin the tennis season on the Senior Tour.

Calendar of ITF tournaments at the Rafa Nadal Academy by Movistar

All draws and orders of play will be available daily on Rafa Nadal Academy by Movistar social media, on the ITF World Tennis Tour website and in the Competition section of the Real Federación Española de Tenis web portal, where there will also be access to the link with a live scoreboard of the tournaments. 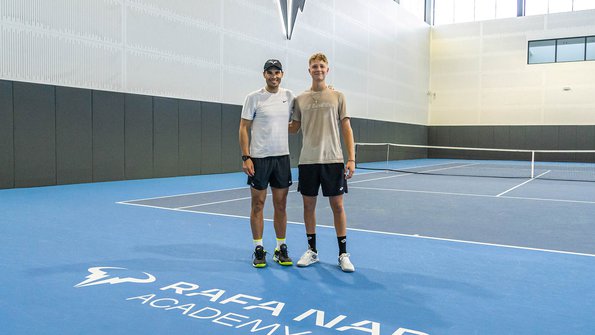 The Rafa Nadal Academy by Movistar is proud to host the Kinder Joy of moving Tennis Trophy International Master for the second year in a row. After last year's success, a new edition is about to begin with its load of joy and movement for children and families! 12 countries involved with tournaments for girls and boys aged 9 to 12 years that will meet each other on our courts to have fun and give their best, always guided by fair play.

In collaboration with the former tennis player Rita Grande, the tournament was developed in Italy in 2006: it has grown over the years helping to promote an active lifestyle among younger generations also at an international level.

Kinder Joy of moving, is an international Ferrero Group Social Responsibility project, that inspires 2.6 million children and their families in 28 countries around the world to get active, enjoy moving, and develop life skills in an engaging and joyful way. At the heart of the project is the strong belief that a positive attitude towards movement will make today’s children, better adults tomorrow.

Kinder Joy of moving operates around the world with high profile, qualified and expert partners, organizes and supports physical education programs in and out of schools, sporting events for children and school competitions with the aim to guarantee that movement is above all a joy for children. 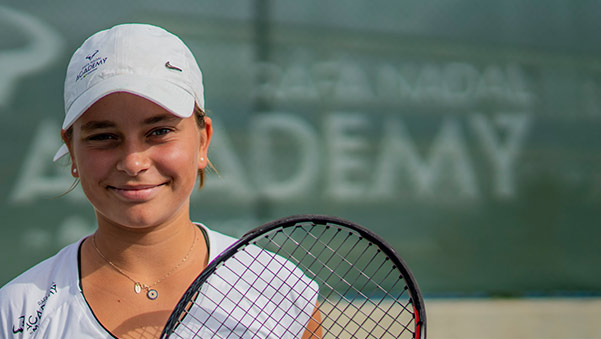 The Rafa Nadal Academy by Movistar has installed, across all of its facilities, the air and surface purification system ductFIT, from the company CleanAir Spaces, an air and surface purification system that eliminates 99.99% of viruses and bacteria (including COVID), creating safe indoor spaces and helping prevent infection. Additionally, KleanSense air-quality monitoring systems have been fitted, which create energy savings at the Academy facilities and provide real-time data on air quality.

The ductFIT technology has been installed in the main Rafa Nadal Academy buildings, the classrooms of the Rafa Nadal School, and the players’ rooms and common areas. The technology is based on the generation of hydrogen peroxide molecules (H2O2), at levels that guarantee safety and effectiveness and allow for the constant elimination of viruses, bacteria, pollen, mould, carcinogenic chemical compounds and odours. The Superior Scientific Investigations Council (CSIC) and the Autonomous University of Madrid concluded in a study that the purifier eliminates over 99% of the COVID viruses in just 15 minutes of exposure. It has also been certified by various laboratories, among them, the Institute of Microbiology at the Hospital Universitario Virgen de las Nieves in Granada. 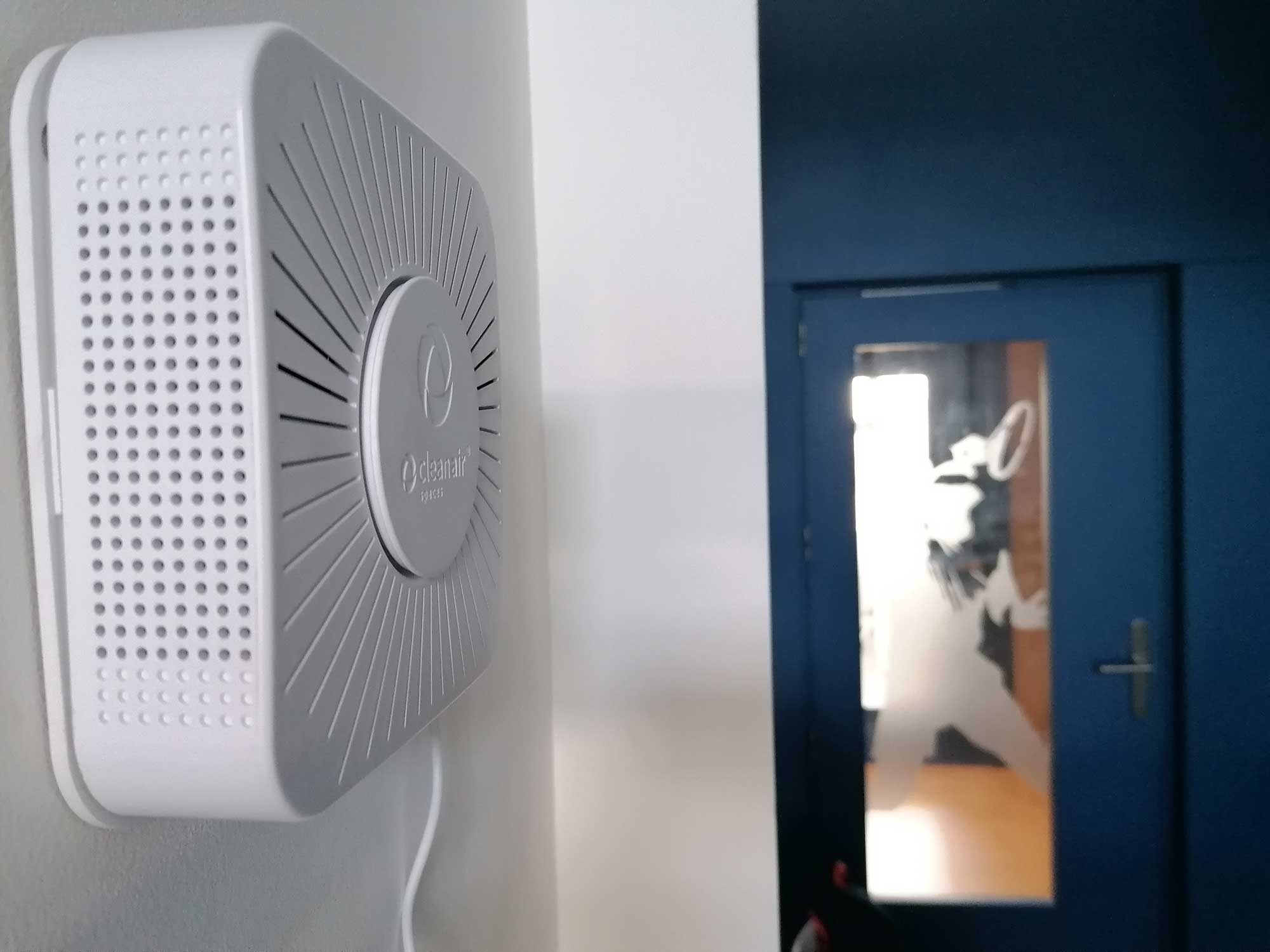 As well as eliminating the virus, the technology purifies the air and surfaces and constantly eliminates bacteria, pollen, mould, carcinogenic chemical compounds and odours 24 hours a day, since the equipment does not need to be switched off and leaves no area untreated.

Spanish technology ductFIT, in which the Rafa Nadal Academy by Movistar has placed its confidence, has already been installed in over 30 million metres squared of buildings of all kinds, including offices, hospitals, schools and hotels, in over 20 countries. 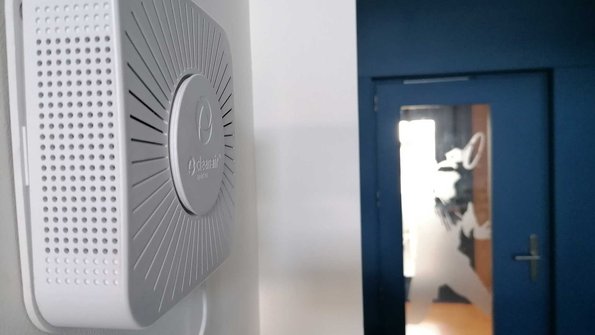 Advantages making your reservation with us