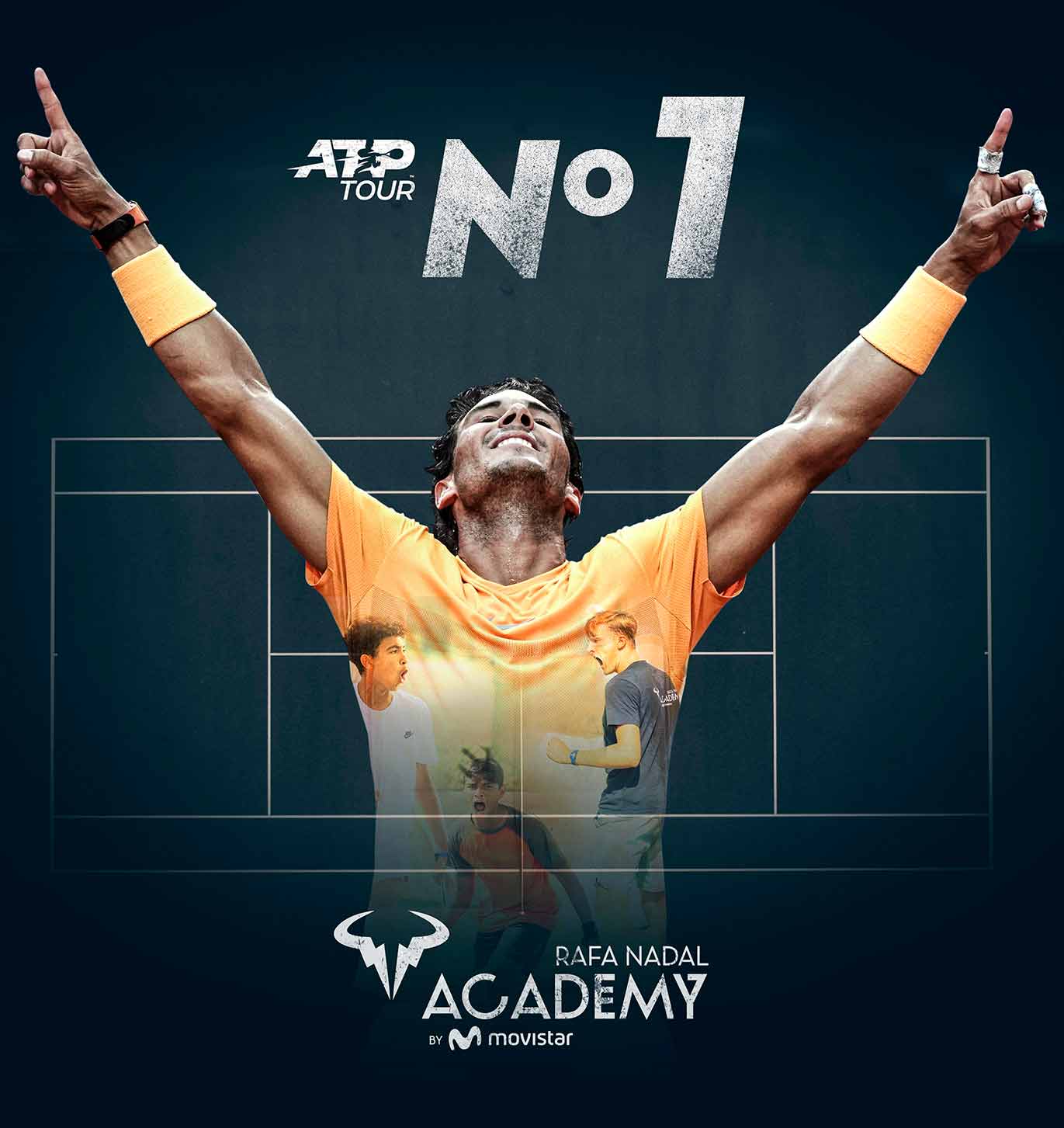 It has been one year since Rafa Nadal last occupied the world number one spot, and on Monday 4 November he climbed back to the peak of the ATP Rankings. The Spaniard’s stunning season, in which he reached at least the semi-finals in every tournament he played in –except for Acapulco (11/12)- means he will now begin a new period at the pinnacle of world tennis.

“I prefer being No. 1 to being No. 2 and No. 2 to being No. 3. And finishing the year as the No. 1 in the world is something special, I would love that to happen”, he admitted having reached the top of the rankings for the eighth time in his career, starting the tenth period in which a Spaniard has occupied that privileged position. “My priority is organising my schedule to play as much as possible. If I am the world number one at the end of the season with that schedule I’ll be very happy. But I won’t try to do anything special to be the No. 1”.

To get back to the peak of the ATP Tour he was just waiting for the numbers to fall into place, and the conditions he required all aligned during the last tournament of the Asian swing. Djokovic had to successfully defend the title he picked up last year in Shanghai, and he failed to do so (dropping from 1,000 points to 180) meaning that his total prior to the ATP Finals (Masters Cup) now puts Nadal ahead of the Serb, 640 points ahead be exact.

Nadal’s season was outstanding. “It is a year for which I can be happy about everything that was achieved”, began the Spaniard. “I won two Grand Slams [the French Open and the US Open], I’ve won other tournaments [the ATP Masters 1000s in Rome and Canada], I’m in a very good position in the world ranking [No. 1], so I’m happy to finish a year that didn’t seem as good as it was in the end”.

“It’s a season I can be happy with, I don’t like always talking about problems, but 2018 to the end of April 2019 was a year and half that was almost very good in terms of tennis but very bad in terms of injuries. I think that I played nine tournaments in 2018 and was only able to finish seven, that’s no good at all. Even so, I finished as No. 2 in the world and managed to win titles”, continued Nadal. “At the start of 2019 I had a lot of problems again. I had to withdraw in Brisbane, I had problems with my hand before starting in Acapulco, I had to withdraw from Indian Wells because of my knee... it was a long series of issues and luckily, with the help of my team and family, without a doubt we managed to turn it around”.

Nadal, who did not play in Shanghai, returned to the courts of Paris-Bercy, where he was forced to withdraw from his semi-final match (w.o. vs. Shapovalov). However, the Spaniard managed to add 360 points to his haul and will hold the No. 1 spot for at least two weeks, until the champion of the Masters Cup is decided on 17 November in London, where the king of 2019 will be crowned.

With the titles he claimed at this year’s French and US Opens, he is now just one Grand Slam victory behind Roger Federer’s 20 and closer than ever to becoming history’s most decorated player in the majors. In addition, the crowns at the ATP Masters 1000s in Rome and Canada make him the player with the most trophies in that category with 35. And now he has a new challenge in his sights; reaching 200 weeks as the world number one. Whatever happens, he will pick up two more to add to the 196 he has notched up since he first reached the position on 18 August 2008.

“The first time in my career that I was the world number one was in 2008. It was very important because I had been No. 2 for nearly four years and I was playing great tennis. It’s something that I wanted. Then finishing the year as No. 1 is even more important than being No. 1”, he revealed when asked about finishing another season at the top of the rankings.

More than ten years later, he is now the sixth on the list of players to have sat at the pinnacle of the ATP Ranking for the longest and he is battling to finish the season as No. 1 for the fifth time, a number that only Pete Sampras (6) has surpassed. All of this is the result of another stunning season in which Nadal has climbed back to the top of the rankings once more.