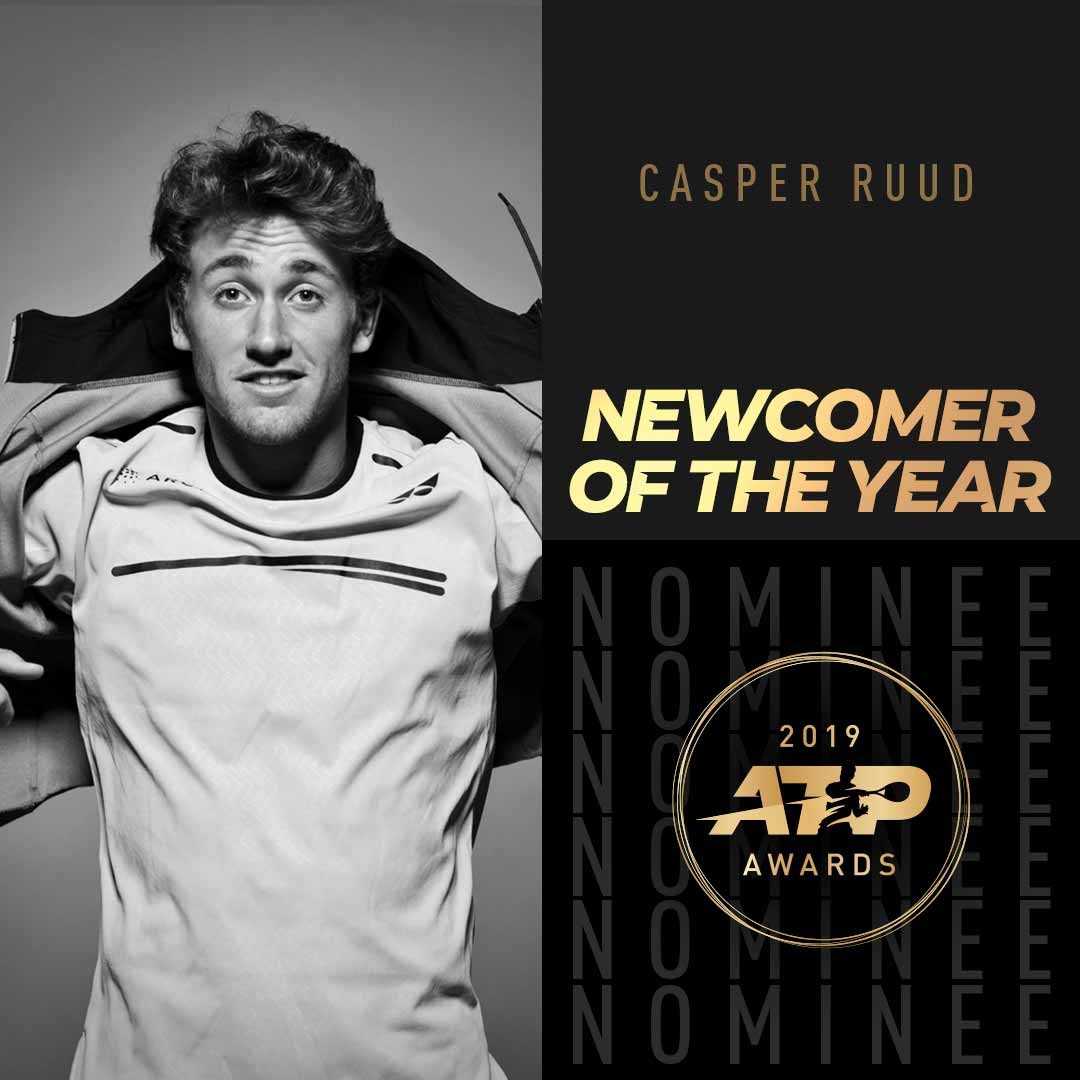 Casper Ruud’s season has caught everyone’s attention. The player from the Rafa Nadal Academy by Movistar, who was the world number 135 last February, has enjoyed a meteoric rise this season to end 2019 at the highest position of his career, number 54 in the ATP Rankings, climbing 80 positions in one year.

The Norwegian’s season has earned him a place among the nominees for the Newcomer of the Year at the ATP Awards, held each year by the tour’s governing body. At 20 years of age he forms part of the golden generation known as the #NextGenATP and in November he had the chance to battle it out at the Next Gen ATP Finals for the title in Milan, which brings together the best eight players in his age group.

However, Ruud shares his nomination for the Newcomer of 2019 with some of his peers, such as Felix Auger-Aliassime, Alejandro Davidovich, Miomir Kecmanovic, Corentin Moutet, Alexei Popyrin, Jannik Sinner and Mikael Ymer, all of whom are in the top 100 of the ATP Rankings.

For the first time, the player born in Oslo in December 1998 finished a complete ATP Tour season with more victories than defeats (23-19). And Ruud notched up over half of his career win total (40) this season. The first victories came in an outstanding South American swing, where he reached the quarter-finals of the ATP 500 in Rio de Janeiro, having come through qualifying, and the semi-finals at the Brasil Open in Sao Paulo.

However, one of the biggest moments of his season would have to wait until Houston. On the distinctive American clay, he overcame some impressive players (Dellien, Opelka, Granollers, Daniel Elahi Galán) to reach his first ATP Tour final. Riding a wave of confidence, he then produced his best result at an ATP Masters 1000 in Rome, beating opponents such as Daniel Evans and Nick Kyrgios to reach the last sixteen.

At the French Open, he also produced his best performance in a Grand Slam, reaching the third round. Only Roger Federer was able to stop him in his tracks, after he had beat Ernests Gulbis and Matteo Berrettini. On the return to clay in the summer in Gstaad, he reached another semi-final by beating Pablo Cuevas and Pablo Carreño, while on indoor hard court in Saint Petersburg he showed that he can also produce the goods when he is not on clay by reaching the quarter-finals.

All of these feats mean it has been a memorable year for Casper Ruud, and they have earned him a chance to be the Newcomer of 2019.