Carlos Moyà, 20 years since the first Spanish number 1 in history 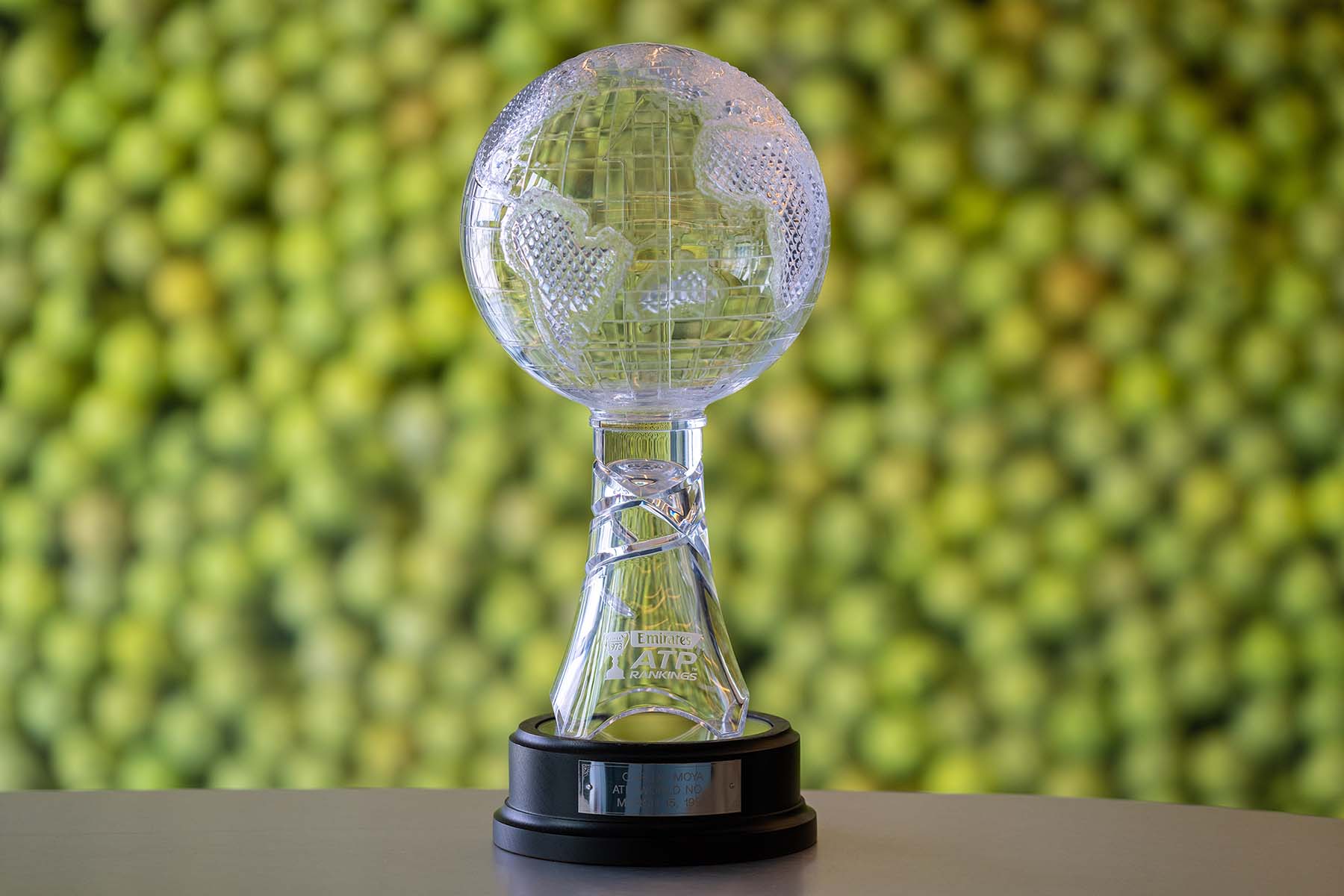 Carlos Moyà’s historic trophy will be displayed at the Rafa Nadal Museum Xperience over the coming weeks.

15 March 1999 is inscribed in gold in the annals of Spanish tennis. That Monday, for the first time in the open era, a Spanish player climbed to the top of the ATP Ranking. Before then, his compatriots had won titles, produced memorable victories and won Grand Slams, but none of them had been the best player in the world until Carlos Moyà achieved the feat.

The Technical Director of the Rafa Nadal Academy by Movistar became a pioneer and role model for the golden generation of Spanish tennis. Later, Juan Carlos Ferrero (8 September 2003) and Rafael Nadal (18 August 2008) followed the path forged by the Mallorcan 20 years ago, when he showed his peers that nothing was impossible. All three of them have enjoyed the privilege of the number one spot.

“Mum, I’m number one in the world!”, he famously said on the day when he penned one of the most brilliant chapters of his career. These words were spoken in the changing rooms at Indian Wells when he called home with the news after beating Gustavo Kuerten in the semi-finals. The victory guaranteed he would be one of the 26 players to have occupied the top spot in the open era.

Moyà had arrived at the Masters in the Californian desert as world number 4. Ahead of him, the podium was occupied by Pete Sampras (1), Yevgeny Kafelnikov (2) and Álex Corretjà (3). Incidentally, there were only 215 points between him and the peak. It was no easy task, but a certain combination of results would fast-track him to the top.

And indeed he did. One by one, the Balearic Islander picked off his opponents: Jim Courier, Xavier Malisse, Karol Kucera and Gustavo Kuerten. After a tight clash with the Brazilian (6-3, 1-6, 6-1), Moyà’s cry of joy marked a milestone in Spanish tennis. He did, however, fail to seal the title in a final against Philippoussis that went to five sets (7-5, 4-6, 4-6, 6-4, 2-6).

The following day, the Spanish press lauded Moyà’s performance at Indian Wells, which provided a spectacular end to a dream year. ‘A Spaniard at the pinnacle of tennis’, declared El País of the feat. ‘Carlos Moyà, the first Spanish world number one’, hailed the El Mundo daily, while Marca dedicated its front page to the Mallorcan’s achievement.

He was only able to enjoy being the best player on the planet for two weeks, but what nobody can ever take away from the Technical Director of the Rafa Nadal Academy by Movistar is the honour of being the first Spaniard to achieve the feat.

Carlos Moyà’s number-1 trophy is now on display at the Rafa Nadal Museum Xperience, alongside the one that was awarded to Rafa in 2008. Any tennis and sports fans who would like to see it will be able to do so for the next few weeks at the Rafa Nadal Sports Centre facilities.