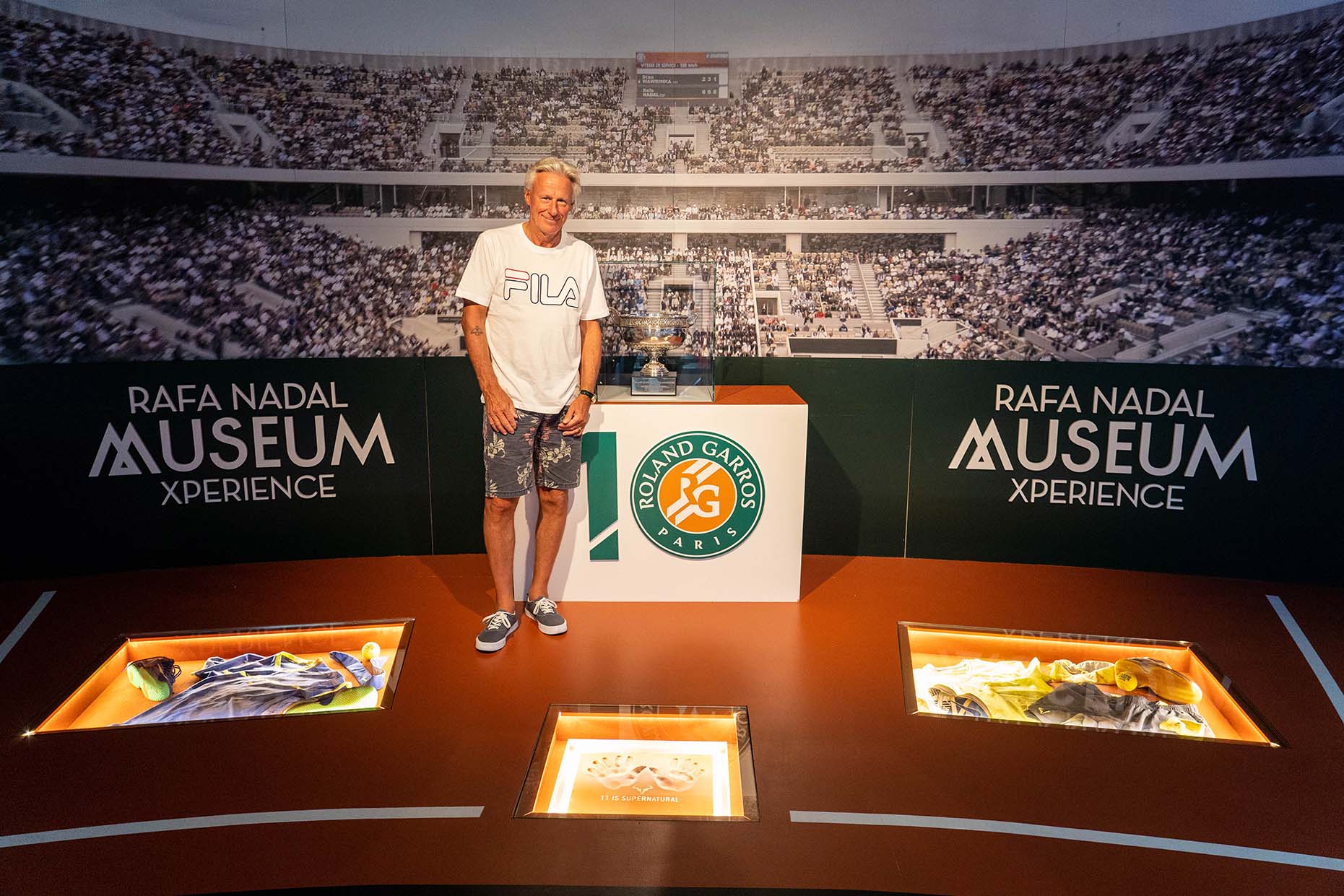 Just two days after leading team Europe in the Laver Cup, world tennis legend Björn Borg has visited the Rafa Nadal Academy by Movistar for the first time. During his three-day stay, the ex-world number 1 and winner of 11 Grand Slams also had the chance to enjoy the facilities at the Rafa Nadal Sports Centre.

“I’m very happy to have come to the Rafa Nadal Academy. I’d heard good things about this place, but spending three days here has confirmed it, it’s incredible. I have really enjoyed myself. I would invite you all to come and see it and to play here. The quality of the training is very good and I think they’ve done a great job. This is why my son has come here, I’m very happy about that and I hope that many others come in the future because the Academy is very good”, said the six-time French Open champion.

His son, Leo Borg, who is currently training at the Rafa Nadal Academy by Movistar for a few weeks, is considered (at just 16 years of age) to be one of the young promises of Swedish tennis and one of the players destined to lead the new generation of tennis in his country.

During his stay, Björn Borg visited the Rafa Nadal Museum Xperience, where he was able to see the titles collected by Rafa throughout his career. “I’m in his zone, but also in mine”, he joked as he entered the area dedicated to the French Open.

Borg donated a shirt signed by all the players on the European Laver Cup team. The shirt, signed by Nadal, Federer, Thiem, Zverev, Fognini, Tsitsipas and Borg himself will be on display soon in the museum alongside a racquet from the competition donated by Roger Federer.

“It was a pleasure to coach the European team again, who did well as usual. Now back from Geneva, coming here to Manacor and seeing the Museum and everything he has achieved in his life is very beautiful”, stated Björn Borg.