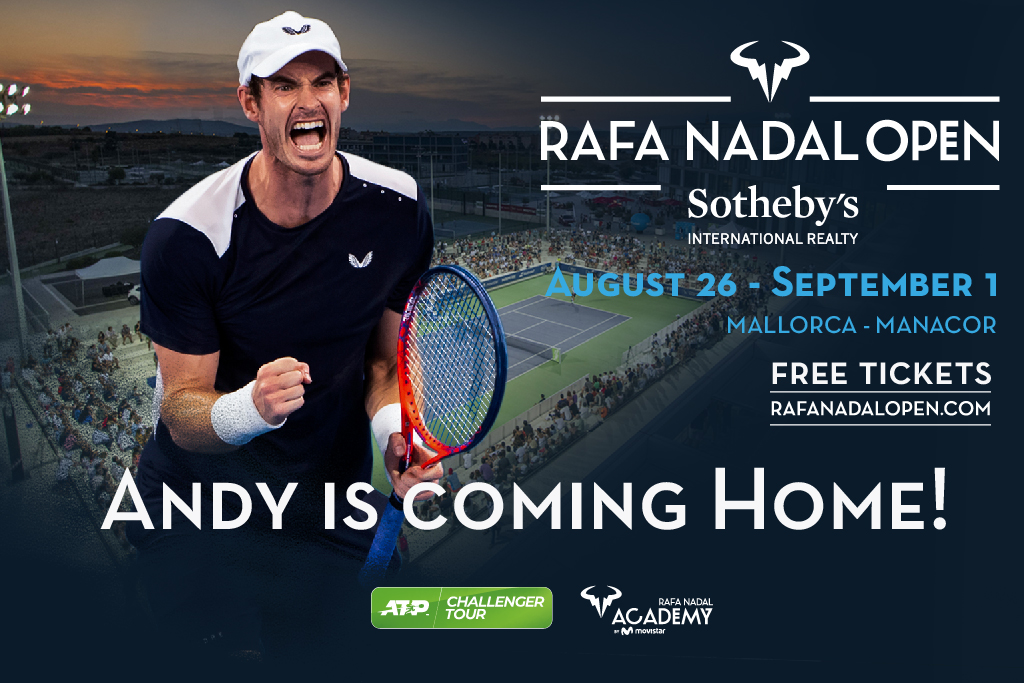 The entry list for the Rafa Nadal Open by Sotheby´s International Realty will include one of the most recognisable faces on tour. Former number 1 Andy Murray has received an invitation from the organisers to compete in the Challenger tournament hosted by the Rafa Nadal Academy by Movistar, from 26 August to 1 September.

It will not be the three-time Grand Slam champion’s first visit to the facilities in Manacor. In July 2016, the year of its inauguration, Murray had the chance to play on the Mallorcan courts to prepare for the American swing, after claiming his second Wimbledon crown.

The Brit underwent a hip operation last January after the Australian Open and has played in six tournaments since his return in June. However, before taking part in last week’s ATP Masters 1000 in Cincinnati, where he lost 4-6, 4-6 to Richard Gasquet, it had been 210 days since his last singles tournament.

In doubles, he claimed the title in his first tournament since Melbourne alongside Feliciano López on the grass of Queens in London. He also played in Wimbledon (second round), Washington (quarter-finals), Montreal (second round) and Cincinnati (quarter-finals). He has played a total of 16 matches in his bid to get back into the rhythm of tournament tennis.

Murray’s participation at the Rafa Nadal Open by Sotheby’s International Realty will be the Briton’s first on the ATP Challenger Tour since Mons (Belgium) in 2005. Two trophies from the category adorn his cabinet, the first from Aptos (California, USA) and the second from Binghampton (New York, USA), both in 2005. In total, he has a record of 22 victories to 12 defeats on this tour. Manacor now awaits his 35th match.

Tickets for the tournament will be free, after downloading them through the tournament's official website: https://www.rafanadalopen.com/entradas