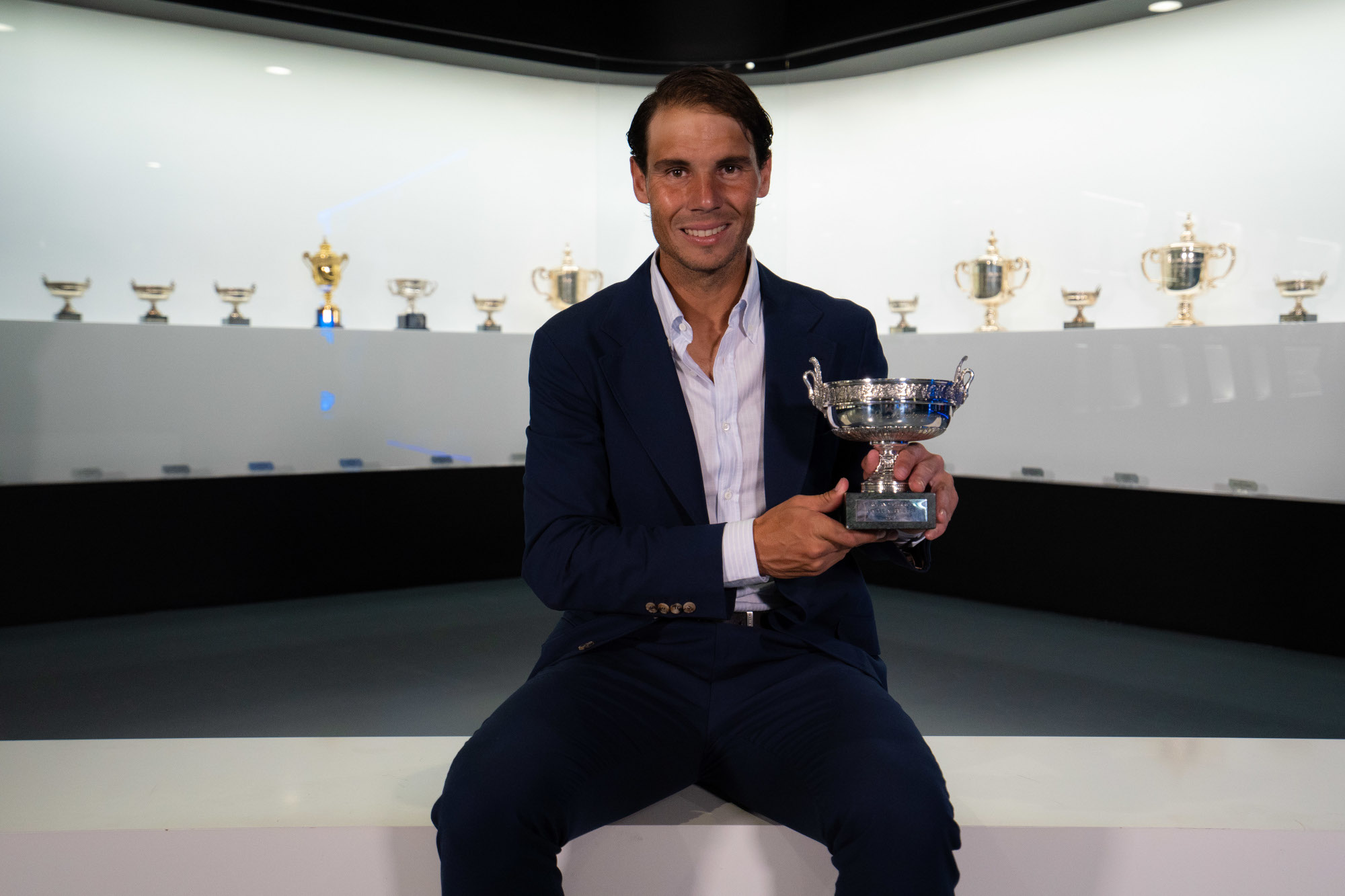 Roland Garros and Rafa Nadal are two names that have become synonymous with one another over time. Nobody has won in Paris as many times as the Manacor native and 2019, the last edition of France’s Grand Slam, was no exception. On the Bois de Boulogne clay, he has 93 wins from 95 matches, which translates into a 97.8% success rate and a total of 12 Musketeers’ Trophies. Last season he left Yannick Hanfmann, Yannick Maden, David Goffin, Juan Ignacio Londero, Kei Nishikori and Roger Federer in his wake before facing Dominic Thiem in the final. It was the second consecutive final against the Austrian and, despite the fact that he lost a set to him this time, Nadal reaffirmed his dominance in Paris: 2005, 2006, 2007, 2008, 2010, 2011, 2012, 2013, 2014, 2017, 2018 and 2019. The 12 historic trophies can be viewed in the Rafa Nadal Museum Xperience: