Nadal and a final match at Wimbledon for Agassi 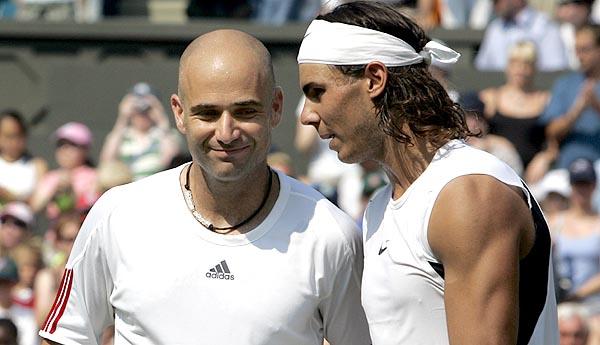 Andre Agassi said goodbye to Wimbledon in 2006, fifteen years after winning his first Grand Slam on the hallowed London turf. The American legend had announced that it would be his last appearance and, having beaten the Serbian Boris Pashanski and Italian player Andreas Seppi, in the third round he crossed paths with second seed Rafa Nadal. In two hours and 14 minutes, the Spaniard closed out a 7-6(5), 6-2, 6-4 win before the American said his final goodbye to centre court. “When you're 18, 19 years old you're eager and all you're thinking about is really the next point. I recognise that in Nadal. He has a real sense of professionalism when it comes to his environment, but he's out there trying to win the next point every time”, came Agassi’s words after clashing with a young Nadal who would that year reach his first Wimbledon final.